Trending
javhide.comhttps://javplays.com
You are at:Home»Reviews»Blam! at BARTS: Die Hard meets The Office
By Francesca Hector on 11 October, 2015 Reviews

After critically acclaimed performances in London and Edinburgh in 2013, Blam! touches down at BARTS until the 25th October. The Neander Theatre Company from Denmark follow on from their box-office smash Stomp! promising “Hollywood in your office,” and under the artistic direction of Kristijan Ingimarsson they deliver no less. 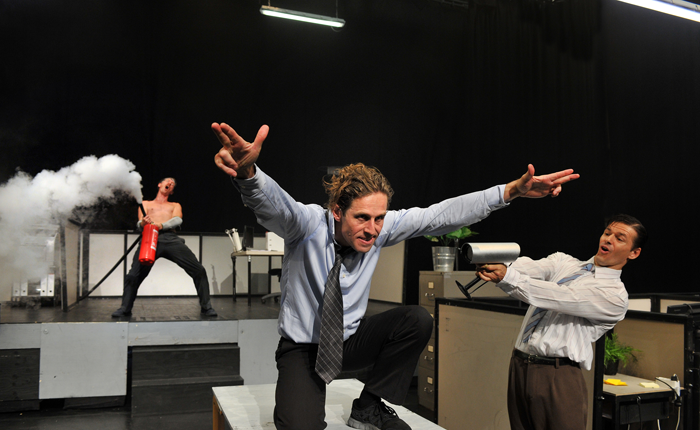 Set in the office cubicles of any-company, we immediately recognise the trademark details of corporate life. Shirts and ties. Power games. A giant water cooler. Tedium. A colleague who sneaks in late. Provocative territorial advances and retreats from all the wage slaves, boss and workers alike. 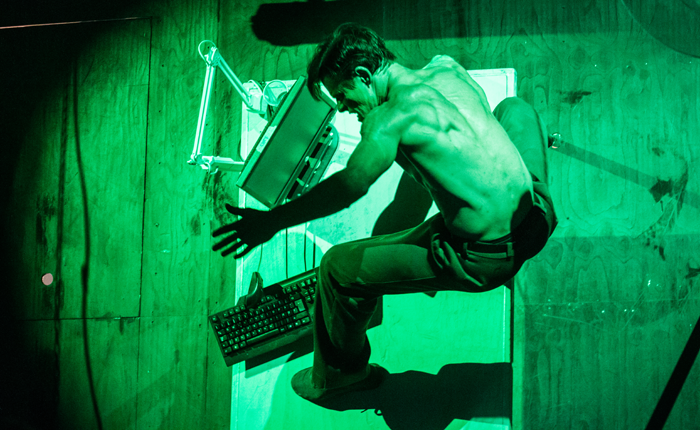 After a slow start the momentum gradually builds up and each transgression becomes more extreme. Acrobatic dexterity and innovative use of props transforms a humdrum setting into the stage for intergalactic wars, hero-and-villain face-offs and testosterone fuelled nods to more superhero blockbuster films than I could recognise. Office workers metamorphose into fantasy action heros, accompanied by a rip-roaring soundtrack with bangs and kerpoww’s and spot-on special lighting effects.

This action packed performance is a triumph of physical theatre, perfectly enhanced by its masterful and often daring use of space. Go and be Blammed!