Cara·B  is an independent musical and underground music festival in Barcelona, taking place on the 17th and 18th of February 2017 at the Fabra i Coats Factory, following from the great success of its two previous editions. Bands and artists include Agorazein, Joe Crepúscolo, Nueva Vulcano, Bad Gyal, Las Rosas, Los Nastys, Kokoshca, Fiera, Meneo and BSN Posse. Further additions to the line-up will be unveiled in the coming weeks.

In its eagerness to reflect the reality of the local independent musical panorama, the festival Cara•B 2017 dedicates a part of its programming to musical projects that have been nourished and independently promoted through audiovisual platforms such as YouTube. These platforms are an important way for us to encounter some of most attractive and innovative contemporary music proposals, which ignite the independent scenes.

The Cara·B Festival also features a video contest. Cara·B CLIPS has an open call for entries, in collaboration with the platform FILMIN. The B•SUAL exhibition, curated by the group of illustrators Hits With Tits will feature original works by 50 local illustrators.

Cara·B 2017 presents itself as a festival with a 360-degree vision around the artistic creation linked to music. Their mission is to celebrate, to promote and to spread the talent that is hidden behind the commercial mainstream channels for promotion and distribution. If you’d like to start the New Year with a refreshing blast of new music, this is an event not to be missed! 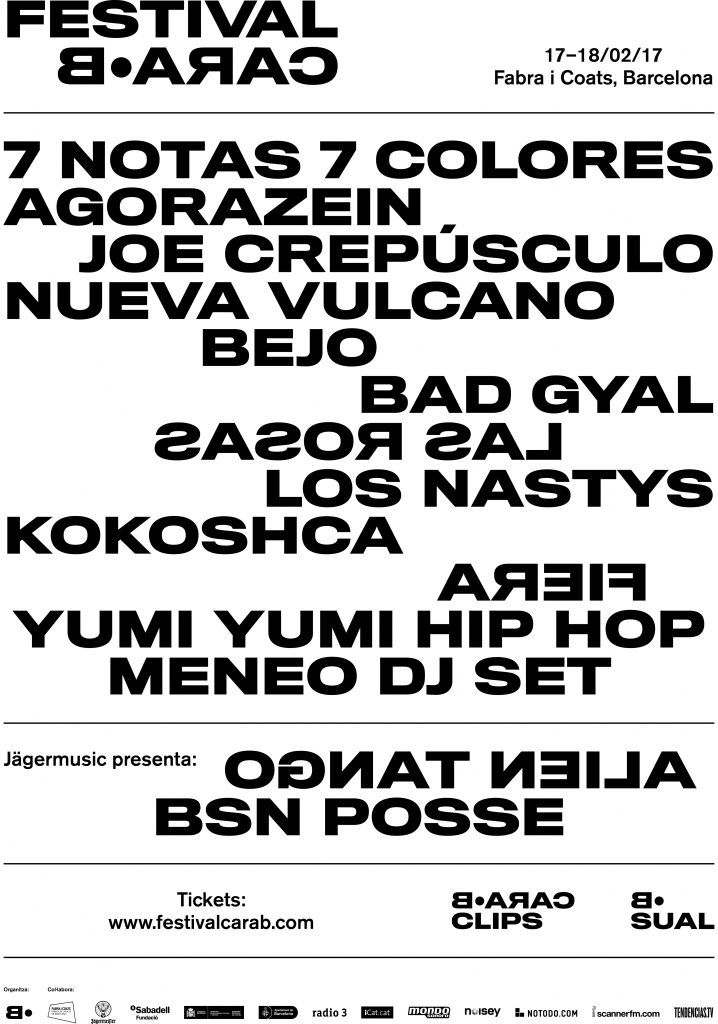