One of the most highlighted qualities of Spain is, no doubt, its gastronomy. In our country we have an endless variation of cuisines, such as Madrileño cuisine, Andalucian, Galician or Basque (all of which are very tasty, differ from one another and are worth trying at least once in your life). Even if, among these one of the best is, obviously, the Catalan cuisine, which currently is crowned as the gastronomic capital of the autonomous regions thanks to housing a large number of Michelin Star restaurants in Barcelona.

In catering, being in the Michelin Guide and being awarded one, two or three stars is one of the biggest honours you could achieve in your profesional career. They are awarded following very specific and strict criteria where, other than the food being served, they also evaluate the quality of the service, the comfort, the place, the passion and the creativity. For everything that consists of Catalan gastronomy, it could become an authentic haven for “Foodies” as, thanks to our 100% mediterranean cuisine and the large quantity of quality products that are used from the sea as much as the mountain, the judges for the Michelin Guide have awarded a total of 31 stars to the best restaurants in the city. 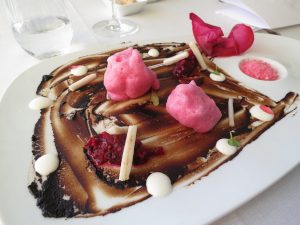 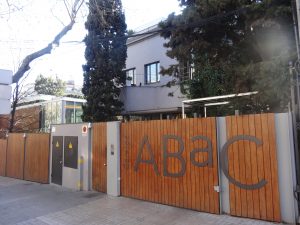 Another legend of top quality cuisine in our city is undoubtedly ABaC, also boasting three stars. This is managed by Jordi Cruz, famous for being the youngest chef in Spain (and second youngest in Europe) to achieve a Michelin Star and for being a judge on Spanish Mastechef. If you love new experiences and avant-garde cuisines, you must make a visit to ABaC. The price of the menu is either €190 or €210. 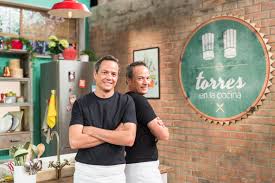 Javier and Sergio Torres are holders of two Michelin Stars and are known nationally for having their own cooking programme on Spanish television. These chefs base themselves on cooking to get the best performance of the produce through minimal changes. The price of the menus are €225 and €270. 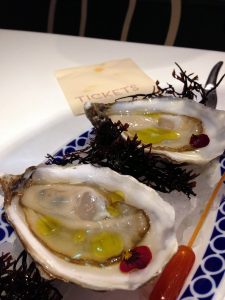 Located in the heart of Barcelona, on Paral-lel Avenue, you can find the famous Tickets, a creation by the very famous chefs- Ferran and Albert Adrià. They treat it as a gastrobar dedicated to Tapas which has reinvented the food on the menu based on the season to offer customers the highest quality, always. The average price to eat, although they don´t offer a tasting menu, is between €50 and €100. 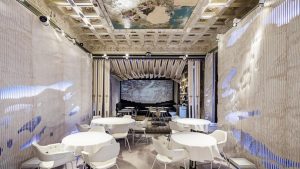 Lastly, we have the restaurant Alkimia, with one Michelin Star, managed by chef Jordi Vilà. This focuses on traditional Catalan food but with its own twist, whilst always respecting tradition and the produce. Also, this restaurant has been awarded with the international prize of best design restaurant SBID (2017) and the prize for best restaurant by the authour of INARCH Nazionale (2017). The tasting menu costs €138.

We know that seeing these Michelin Star restaurants in Barcelona make your mouth wáter, and it is not at least due to the quality, the originality and the flavour of each dish that you can try and will be absolutely amazing. Still, if you want to try food from the best restaurant in world, you are in luck! Only an hour from Barcelona is where you can find it! El Celler de Can Roca has been crowned two times, in 2013 and 2015, as the best restaurant in the world, because of this we strongly reccommend a visit if you visit Barcelona (we suggest that you reserve way in advance).