Trending
javhide.comhttps://javplays.com
You are at:Home»Things to do»Discover Barcelona»Residents Corner»Veto of the Polluting Vehicles in Barcelona, All You Need to Know
By Iris Teruel Ferrer on 29 January, 2020 Residents Corner, Useful Information

Barcelona joins to give the climate emergency alarm and adopt measures against climate change and the air pollution of the city. This measure has been adopted in a way that prohibits polluting vehicles in Barcelona from traffic in the centre of the city and neighbouring areas. In this way not only, will it be reducing air pollution in the city, but also protecting the health of its inhabitants as much as the environment. 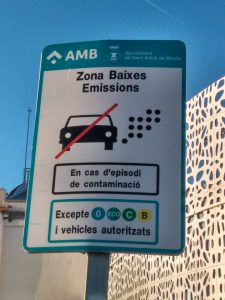 The measure that came into force on 1st January 2020, and which estimates to affect a total of 50,000 vehicles, taking polluting vehicles in Barcelona away from the traffic area. In total, it has created a zone of 95km2 where the oldest of vehicles will not be able to drive through from Monday to Friday from 7am to 8pm. The transportation affected are those motorcycles registered in 2003 or earlier, the petrol cars of 2000 or earlier, the diesel cars registered in 2005 or earlier and the trucks/buses/coaches from 2006 or before. Yet still, there are certain exceptions for cars belonging to people with reduced movement, cars for essential services, for emergencies and used for work. As well as those vehicles for people with low income that are indispensable in their working life.

In order to ensure the compliancy of this regulation, promoted by the climatic emergency that has been declared in the city and in the country, they will begin to impose sanctions to the polluting vehicles in Barcelona that drive around the low emissions zone (ZBE) from 1st April 2020. These can cost between €100 to €499 for the least serious, the more serious being between €500 and €1000 and the most serious being up until €1800. In the moment of detecting a vehicle that is not allowed in the ZBE, they will be given 90 minutes to leave the space or another fine will be applied. Furthermore, if the driver in question repeats the breach of the law against polluting vehicles in Barcelona and drives around the city when already being warned of this infraction, the fine imposed will cost 30% of the total price.

This measure has caused a lot of controversy between the local population, but has been applied because the proportion of pollution in the air is 70% above the limits marked by the OMS. Furthermore, it estimates that these worrying levels of pollution have caused, since 2010, the premature deaths of 3,749 people. Other cases of that have been able to test that pollution is responsible for 10% of lung cancers in the city, 30% of ictus and a third of the new cases of infant asthma.

Applying for the permission of driving with foreign vehicles

Although they have applied these measures against the polluting vehicles in Barcelona, that does not 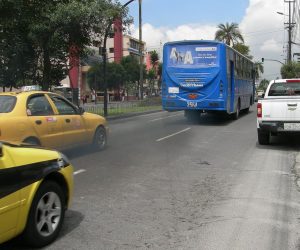 mean that you cannot drive around with your own car all over the city. As for the locals, foreigners that wish to visit Barcelona with their own vehicle can register it on the ZBE platform; in order to receive a permit of 2 years to visit the city (as long as their vehicle complies with the environmental requirements of the DGT and of the traffic of the ZBE zone). In case that the vehicle is too old and does not align with the emission limits for pollution, they can apply for a series of daily updates for circulating the low emission zone. With a maximum of 10 days per year (each daily permit has a €2 cost, as well as a €5 extra charge for the application for this permit).

In order to register your request in the platform of the ZBE, you need to have the documentation in order of the vehicle where it specifies the its model, the registration plate, the category of homologation, the type of fuel, the “Euro level” and the date of its first registration. In continuation, you can already apply for the permit online on the register, where you have until 15 days to validate all the required fields and you will receive an acceptance to your application.

Although this new ZBE law may be extreme or controversial, it is necessary to apply measures against the climate emergency, not only to care for the health of the population, but to fight against climate change. Therefore, remember, say goodbye to polluting vehicles in Barcelona in order to give way to a more eco-friendly, healthy and respectful city for the environment!