Trending
javhide.comhttps://javplays.com
You are at:Home»Restaurants & Nightlife»Entertainment»Sitges Carnival 2019 Essential Party Guide
By Poppy McAlister on 16 January, 2019 Entertainment, Outside Barcelona, Things to do, Top Attractions 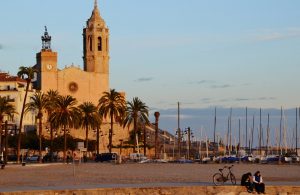 For one week in February every year, the streets of Sitges explode with dance, music, parades and parties for the Carnestoltes, known by most as the Sitges Carnival. The small beach town situated 35km away from Barcelona is filled with flamboyant feathers and colourful costumes, a tradition that has lasted for over 700 years to mark the start of Lent. Taking place this year from 28th-26th March, the Sitges Carnival will attract roughly 300,000 visitors, and is sure to give Rio a run for its money.

History
Legend has it that 700 years ago, a man named Carles de Can Torras died on Ash Wednesday. The people of Sitges have always remembered him, but somewhere along the line his name was misspelled, and over time he became known as Carnestoltes. The King of the Carnival is a fictional character based on this man, who opens the festival after his arrival into the town. After the wild behaviour and debauchery of the Carnival, he is tried and burnt on Tuesday, marking the end of the festival. 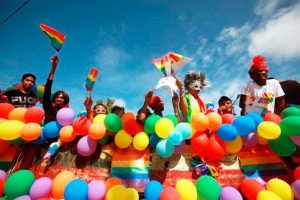 Sitges is well known for being a popular gay tourist destination and is famous for its open minded gay community. The Sitges Carnival offers a huge range of events, activities and nightlife for gay men and women. Check out the Gay Sitges Guide website and Facebook group for more information.

Over the week, look out for the Carnival’s most classic, tasty treat, the Catalan Xatonades. The dish combines a mouth watering mixture of frilly endive salad, anchovies, tuna and salted cod (bacallà) served with a xató sauce, made with almonds, hazelnuts and breadcrumbs.

Alternatively, branch out from the conventional Spanish 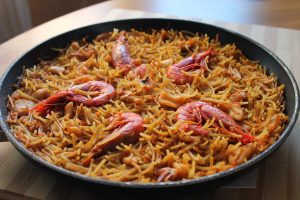 paella and test your taste buds with the traditional Catalan Fideuà. The ingredients are predominantly the same as a paella, however in a fideuà, the rice is replaced by a stringy style pasta which is accompanied by a dollop of juicy aioli. For the ultimate fideuà restaurant experience look out for Abraxas ( meaning ‘hugs’ in Catalan!) on Paseo de la Ribera, but book your tables in advance! 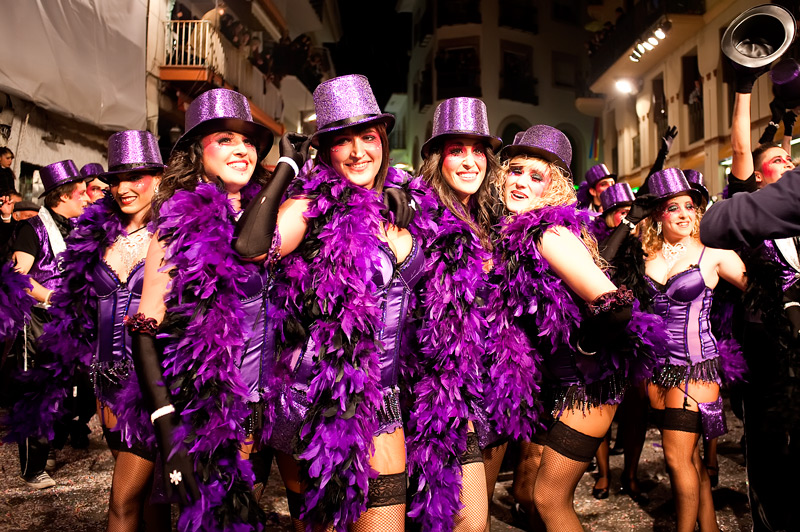