Barcelona has always been captivated by tourists due to its charm and great beauty. For this reason, both national and international film directors have chosen the city as the setting for their creations. Some of these movies shot in Barcelona are classic films and others, are films that used our city as the setting, but tried to camouflage it to make it appear as if it was Paris or New York. If you don’t want to miss any of your favorite movies´ locations in Barcelona, keep reading, surely more than one will surprise you!

The most legendary film and most related to Barcelona, for obvious reasons. This film by Woody Allen is about how two friends on vacation in Barcelona meet a painter with whom a series of love affairs occur (among many other things). As the plot unfolds, Penelope Cruz, Javier Bardem and Scarlett Johansson give us a tour of the entire city where they show us the National Art Museum of Catalonia, Parc Güell, Tibidabo Amusement Park, La Pedrera, the Basilica of the Sagrada Familia … among many others!

– All about my mother

The famous movie directed by Pedro Almodóvar, winner of an Oscar for the best foreign film. The entire movie is practically shot in the city (except its first part and most of its indoor scenes). The Spanish director captures in his film lots of scenarios, which are not common to see in other films, 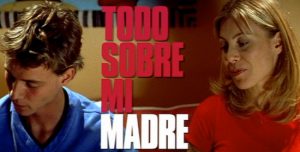 where the city is a secondary element. Here are some of the scenes of our city that we can see: the house of the Gremi de Velers, La sagrada familia, El palau de la musica catalana, Hospital del Mar, Montjuïc Cemetery ([SPOILER] by the funeral of the Sister Rosa, from where you can also see the port), la Plaza del Duc de Medinaceli, la Plaza de Lesseps, the Tivoli Theater, the portal of la calle princesa nº18 (where Manuela lives), the Ribera neighborhood, etc …

It is known to all that the legendary Spanish horror movie, REC, which earned more than 33 million dollars at the time, was shot in a building of Barcelona. In that case, if you are a fan of the film and you are walking along Rambla Catalunya (not the Ramblas) do not forget to approach number 34 on this street. Here, you will find the headquarters of a textile company called CIDEMATEX S.A which is no longer in operation. Even so, its owner rented this place for film shooting, that´s why in 2007 this building was full of this movie´s setting. If you look into the portal from outside you will be able to recognize an occasional scene from the movie, such as when a woman is tied with handcuffs below the stairs because she is infected by the virus. 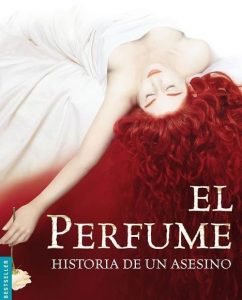 This drama set in the streets of Paris hides a secret … it´s actually shot in Barcelona. Our protagonist, Jean-Baptiste Grenouille, is looking for his victims in the streets and squares of the city where we can recognize different scenarios such as the Plaza de la Mercè, the Poble Espanyol or the streets of the Gothic quarter.

This Hispanic-Canadian originated thriller is one of the movies shot in Barcelona, but it was covered up. The director Rodrigo Cortés managed to camouflage various locations in Catalonia to make them look like the streets and cities of the United States. Some of the sites chosen are Cornella-El Prat Stadium, TV3, the lobby of the Tivoli Theater, Barcelona’s University of Economics, and the Badalona Olympic Pavilion (where the final laboratory scene was filmed).

The youngest of the family, or those who were fans of Disney Channel when they were little, will surely remember the legendary movie, The Cheetah Girls. The second part of this saga was filmed almost entirely in Barcelona, following four friends who take us on a tour of the entire city, along with some incredibly catchy songs. In this film, we can see many emblematic places such as Park Güell, the Gothic quarter, the MNAC viewpoint in Montjuic, Plaça del Rei, the Born district, among many other places.