Trending
javhide.comhttps://javplays.com
You are at:Home»Things to do»La Castanyada and Tots Sants in Barcelona 2019
By Barcelona Connect on 21 October, 2019 Things to do, Useful Information

Although on 31st October Halloween is celebrated on a near-global level, in Catalonia the truth is that this party was not important until around 15 years ago. The Catalonians, instead of celebrating Halloween, have another tradition called “La Castanyada” which does not have anything to do with the traditional American idea of dressing up like ghosts, eating sweets and scaring people. Furthermore, this festival has many different interesting traditions that are undoubtedly unique to the usual ones known on a global level, so that you know to come and discover La Castanyada and Tots Sants in Barcelona. 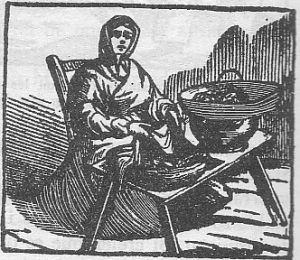 Its likely that if you have passed through Barcelona during October or November that you have seen some food stalls on street corners, made up of stoves, a small oven and, most importantly, an old woman dressed fully in black roasting chestnuts over a crackling fire.

This image we have just described to you is the embodiment of the festival of La Castanyada and Tots Sants in Barcelona, days over which friends and family come together to eat roasted chestnuts and sweet potato, make panellets (A traditional sweet you can find at these festivities made from bread and almonds) and to drink Moscatell (sweet wine). In schools they also celebrate La Castanyada instead of Halloween, therefore they usually have cooking workshops, sing traditional songs and dress up the kids as chestnuts.

On 1st November, it is tradition to visit those that are no longer with us as the cemetery, bring them flowers and food and clean their graves as a sign of respect as well as keeping their memories alive.
These days, we are unfortunately losing the tradition of La Castanyada and Tots Sants in Barcelona, because Halloween and its appeal and popularity has overtaken it. Therefore, it is common currently to spend the day celebrating with family and go out in the evening dressed up, with friends and to enjoy Halloween. 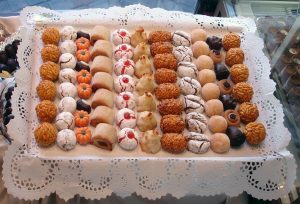 The shopping centres, restaurants and local shops in Barcelona are fully aware of this trend and usually organise special events for 31st October. So if you don´t know how you can celebrate this date in our city, here we uncover all of the best plans and secrets to enjoy the best Halloween in Barcelona.

– History of La Castanyada and Tots Sants in Barcelona

It is known that the practice of eating chestnuts, sweets and treats in this time of year began before the Roman times; the truth is that the tradition of La Castanyada and Tots Sants in Barce 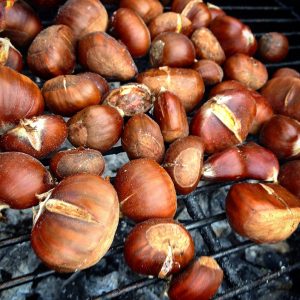 From the 18th Century, this festival became official in Catalonia. The first hypothesis is that they began eating these foods at the end of October and at the start of November thanks to the choice of leaders at the time. Traditionally, these foods are consumed in funeral banquets where the main foods were dried fruit, vegetables, panellets (bread offered to the dead) and wine. The fact that they began to eat these foods at the end of October shows a close link to the deceased.

Another hypothesis suggests that the tradition of eating these foods comes the fact that the bell ringers had to spend all night and day during todos los santos until sunrise ringing the bells of churches in the towns and cities. As you can imagine, this was not a very easy job, so other people, families and friends all clubbed together to help the ringers complete the tasks. To recharge their energy and beat the cold from the night, they ate chestnuts, panellets, sweet potato and drank moscatell, as they were food and drink full of calories with plenty of nutrients to get them through their jobs.
Although it is a typical tradition of Catalonia, Aragon, and the Balearic Islands, the truth is that it is celebrated on a national level known as the Magosto festival, where they also eat chestnuts and drink cider, instead of Moscatell.

If, after having read this article you don´t know wether to celebrate La Castanyada and Tots Sants in Barcelona or Halloween… Do as the Catalans and do both! That way you can try out both traditions, undoubtedly a wonderful experience.