The Catalan capital has always been an inexhaustible source of inspiration for all kinds of artists who decided to capture the streets and the spirit of the Barcelona city in their works. Surely during your visit to our city you will visit museums or you will find sculptures made by some of these artists that have exerted an great influence to the city and helped build it (sometimes literally) as it is now. Many of these most important Barcelona artists were born and raised here, while others were born in other parts of Catalonia or Spain and later moved to our city. Here below we will introduce you the most important Barcelona artists who were born in this city: 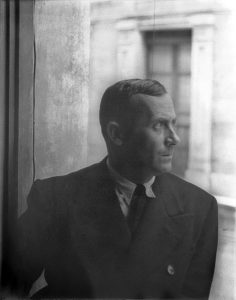 He is considered one of the most influential artists of the twentieth century due to his unique artistic style that combines abstract design with the dream. His unique creations have obtained such worldwide fame that nowadays we can find his works in museums such as the MOMA (New York), the Pompidou Center (Paris), the Reina Sofía (Madrid), the MNAC (Barcelona), among many others…

One of the best opera singers in the world, Montserrat Caballe, was born and lived all her life in Barcelona. His reputation is enhanced thanks to his great talent and vocal record as a lyric soprano, which was considered one of the best in the world. Due to this he has participated in more than 100 plays and shared the stage with illustrious characters such as: Freddy Mercury, Marilyn Horne, Nicolai Baskov, Josep Carreras, Plácido Domingo, among many others.

Domenech i Montaner is undoubtedly one of the most important Barcelona artists thanks to the great architectural contribution he made with his works. As the greatest exponent of Catalan modernist architecture, this great politician and architect designed such beautiful buildings as the San Pau Hospital, the Catalan Music Palace and the Lleó Morera House.

Another of the geniuses and the greatest exponents of Catalan modernism is Santiago Rusiñol, who dedicated himself to reflecting the daily life and naturalness of the nineteenth century in Spain and France through literature, theater and painting. His most famous paintings are “Patio Azul”, “Casas Pintando” and “Almendros en flor”. His best known book, which was taken to the theaters, is “L’oca del Senyor Esteve”, where he portrays the life and basic values of Catalan society at that time.

Although this great architect and genius of Catalan modernism was born in Reus and spent his childhood there, in his youth he moved to Barcelona, a city where he lived his entire life until 1926, the year when he was crashed by a tram causing his death. Besides the Sagrada Familia, Gaudí also designed numerous buildings and sculptures such as: Parc Güell, Casa Milá, Casa Vicens, Casa Batlló, etc … among countless creations scattered around Barcelona.

There are many other world-renowned artists that at first glance we tend to link them with Barcelona but they are actually from other places, the best known case is Pablo Picasso, who was living in Barcelona for a long time but actually he is from Malaga. Other examples are like: the architect Illdefons Cerdà (born in Centelles), Mariano Fortuny (originally from Reus, like Gaudí), or the great Salvador Dalí (which comes from Figueres, located in the province of Girona).