Trending
javhide.comhttps://javplays.com
You are at:Home»Things to do»Museums & Art»Explore the Montjuïc mountain in Barcelona
By Francesca Hector on 16 May, 2017 Museums & Art, Parks & Outdoors, Sants Montjuïc, Top Attractions

The mountain of Montjuïc is known as the “green lung of Barcelona.” It is covered with venues for entertainment and relaxation, as well as sports and activities. Its many parks offer a lovely place to escape from the city, right at the city’s doorstep. 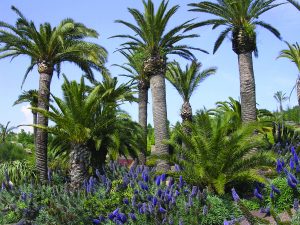 Montjuïc is covered in parks and gardens, some of which are free to explore and all containing a wide variety of plants and natural features. The Montjuïc Cactus Garden has hundreds of cactus specimens, whilst the Botanical Garden showcases Mediterranean plants and flowers with a backdrop of spectacular views over the city. Its many smaller parks such as the Jardins de Laribal and Jardins de Joan Brossa are ideal for an afternoon stroll, and there are several play areas for children.

Montjuïc was a focal location for Barcelona’s 1992 Olympic Games, and the many installations created for the occasion remain as part of the city’s world class sports infrastructure. The Bernat Picornell Olympic swimming pool has large indoor and outdoor pools and a spectacular open-air diving pool. Palau Sant Jordi is an important venue for indoor games and athletics. The Olympic Ring and Stadium are now part of the Open Camp sports experience, with virtual reality and “real” reality interactive challenges and games.

Iconic and imposing, the Museu Nacional d’Art de Catalunya presides over Plaça Espanya. It contains a vast collection of Catalan art, including an important Romanesque collection. The nearby CaixaForum is one of the city’s most important cultural centres. A carefully curated program of art exhibitions, concerts and conferences takes place all year round. Fundació Joan Miró contains the world’s largest collection of the artist’s works, and temporary exhibitions are dedicated to the contemporary avant-garde that resonates with his trajectory. The Olympic Museum offers a unique opportunity to relive the Olympic Games hosted by Barcelona in 1992, and to explore its extensive insights into all the most popular sports.

Montjuïc Castle is situated 170m above sea level, giving it some amazing views of the city. The castle was built in 1640 and has overlooked centuries of change in the city. This remains one of main attractions and highest points on the mountainside. It played a significant role in the Spanish Civil War. Montjuïc Cemetery can also be visited and is the final resting place of many prestigious and influential Catalans. Evening tours take visitors on a journey into the past. 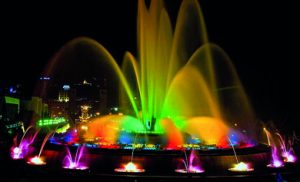 One of Barcelona’s top free attractions, the Magic Fountains, is located at the foot of Montjuïc. The fountains dance to a soundtrack of rock, pop, and classical music, illuminated by an impressive light show. Poble Espanyol gives a feel for Spanish architecture, and this model village also includes several restaurants, entertainment, and nightlife venues. And of course, no visit to Montjuïc would be complete without a ride up to the summit in the cable car.