Barcelona is a place with great historic places. However, according to legend it is also home to some creepy and mysterious places. If you are into scary stuff, then this article is for you! We will tell you all the creepy and mysterious legends about the city, and where to find these hotspots for you to check out when you’re next in the city. For all mystery fanatics… time to pay attention!

Close to the Mercat de Santa Caterina there is a small innocent looking street. In the 1950’s, there was a mysterious hostel in this street called Hostal Flor del Lliri for travelers. During this period, many guests were reported to have disappeared in mysterious circumstances, never to be seen again. 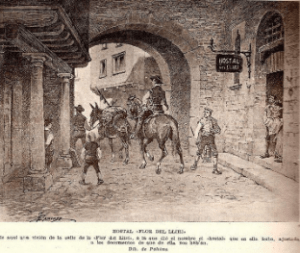 According to the locals, the legend goes as follows. A man was about to enter the hostel when he was approached by a mysterious woman who told him not to sleep on the beds of the hostel. Apparently, the man listened to the mysterious woman, because when he lay on the ground that night, he heard a loud bang from within his room. He didn’t know what the sound was, but without thinking he jumped out of the window. It was later discovered that the hostel had installed a mechanism that would fold the bed in half during the night, crushing the guest. Then later on, they would empty the guest’s pockets and get rid of the body.

However, the legend doesn’t end here. Locals say that, if you go to Carrer de la Flor del Lliri 1, where the entrance to the hostel used to be you will find an archway filled with bricks. If you look closely, you can see the faces of the hostel’s victims on the wall. It is also said that if you put your ears to this wall, you will be able to hear their whispers through the wall! 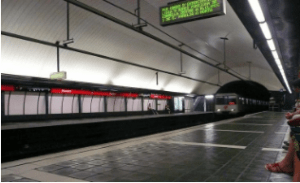 Another creepy place on this list is a rather spooky one. Namely, the Rocafort Metro Station. This place was built upon what used to be a refugee camp during the Civil War. According to the legend, the station is cursed and TMB workers said that the surveillance cameras even picked up some paranormal activity! It is said that ghosts have been seen walking on the platform and on the rail tracks. Whether the stories are true or not will remain a mystery, but we will definitely have a lookout next time we pass this station! 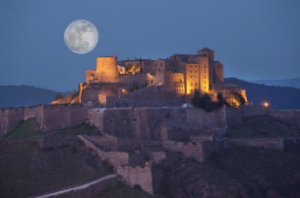 Close to Barcelona there is a town called Cardona. In this town, there is a spectacular hotel built within a beautiful castle.  The management of the hotel decided to close room 712 to the public, except on special request, due to a variety of reported paranormal phenomena. Even the cleaning staff don’t like going into this spooky room, so they only clean room 712 in pairs. The cleaning staff claims to have witnessed some extraordinary scenes such as, finding all the furniture centred in the middle of the room. They also claim to hear voices from the room when the room is empty. 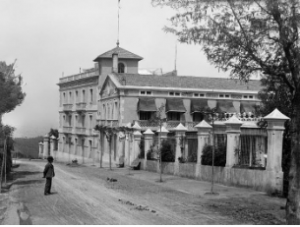 In 1899 the Grand Hotel de la Rabassada was built and it was a beautiful building. There was also a casino built within the hotel and it was a place where roulette was a popular choice of game. Great riches were made and lost in this place. The creepy and morbid legend surrounding this place, is that there used to be a separate room used for people who had lost all their money to take their own lives. The hotel is no longer in operation, but it’s overgrown ruins can still be explored by anyone who is in for a scary adventure.