Trending
javhide.comhttps://javplays.com
You are at:Home»Things to do»How to celebrate Halloween in Barcelona 2019
By Barcelona Connect on 17 October, 2019 Things to do

The famous night of witches and the living dead is getting closer and closer, the truth is that we could not be more excited for it. Although we love to dress up as whichever character and go out scaring people and celebrating, sometimes it can become a disappointing night or repetitive. If, like us, you are tired of the usual plans and want to spend an unforgettable night of witches, don´t miss these plans we have in mind to celebrate Halloween in Barcelona. 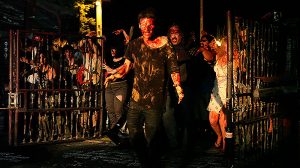 For another year, the battle royale of fighting against the most important zombie invasion in Catalunya, returns. 18th October, the mythical Poble Espanyol turns itself into a quarantine zone where you have to go and find hidden clues whilst making sure you don´t get infected by zombies…

– Route through the cemeteries of Montjuic and Poble Nou 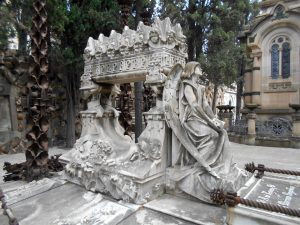 If you like history, art and fully immersing yourself in the spirit of the night, this is undoubtedly your event. The cemeteries of Montjuic and Poble Nou are the oldest in Barcelona. Because of this, they have some of the most important tombs and graveyards, as they belong to the most admired and powerful families in the city.

These routes are free and the tours to the the Montjuic cemetery occurs every second and fourth Sunday each month. The Poble Nou tours are on the first and third Sunday every month. 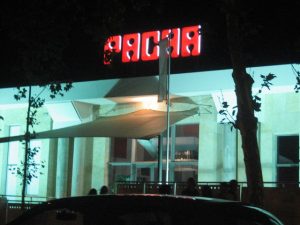 For Halloween in Barcelona many nightclubs have special events in order to enjoy the festivities that bit more. Although it is likely that, thanks to the quantity pf people that are interested in going, tickets run out quickly and prices rise. Despite that, it you like to go out then clubs are still a good option to celebrate Halloween. Some of the places that have that will have a themed night are:

As well as many more… Buy your tickets in advance! 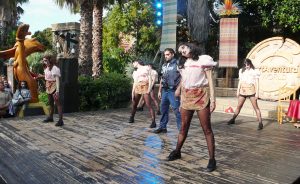 Port Aventura is the most visited theme park in Spain and one of the more important in Europe. Inside you can find from some of the most impressive rollercoasters, to attractions for the whole family. Also, back in 2017 they made Ferrari Land, an amusement park dedicated to the brand, Ferrari, where you can find “Red Force”, the fastest and tallest vertical ride in Europe which can reach 180km per hour in only 5 seconds.

During October, Port Aventura, become the paradise for terror, as it is fully decorated with Halloween décor, huge pumpkins, people that dress up as all sorts of creatures and their shows are in fear theme… You definitely won´t want to miss out on this experience!

A two hour car journey away you can find the first Scream Park (an exclusive park for horrific experiences) in Spain, Horrorland. This park is situated in an abandoned warehouse within a rundown powerplant and is fully setup so that you have a terrifyingly fun experience. Inside here you will be able to find attractions like enchanted houses, escape rooms, zones to kill zombies… Everything you could imagine! Last year it has so much success that they sold out… do you dare to join?

As you have been able to see, Barcelona is a city where there are many different things make sure you enjoy one of the most terrifying nights of the year in the best possible way. In this city there are so many plans that if you want to go out, you can, as well you can have a more chilled out evening and have just as much fun. As soon as you know, join us for some of the best plans in order to enjoy Halloween in Barcelona!