The Born market, located in the Ribera district, is considered by many to represent the birth of Modernism in Catalan architecture. This cast-iron structure was conceived in 1873 by local architect Antoni Rovira i Trias, who also designed the Mercat de Sant Antoni. In the same year, 21 year old Antoni Gaudí was studying architecture and visiting the workshops of talented masters who would teach him the secrets of their trade.

The Born Market opened in 1878 and its ample space and convenient location in the merchant district near the sea made it the city’s main market until Mercabarna was created in Zona Franca in 1971. Since its closure there has been much debate about how to use this space.  At the beginning of the year 2000, works were underway for it to house the Biblioteca Provincial de Catalunya, but this was shelved with the unexpected discovery of extensive Medieval  ruins. During this time Barcelona was a rapidly expanding city with a strong cultural identity. In 1714 the city fell during the bloody Spanish War of Succession to the Bourbon army and Catalunya lost her independence. This historical event inspired the final project, the Born Cultural Centre, which after 12 years of work and an investment of 84 million euros is going to be inaugurated this month, on the anniversary of the Catalan defeat during the Siege of Barcelona. 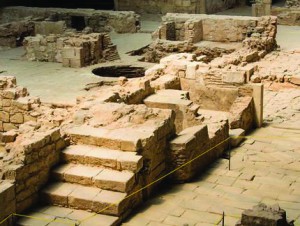 is divided into four main spaces. Sala Moragues is a multi-purpose area for activities and conferences, which can hold up to 280 people. A cafe and bookshop will be in Sala Castellvi, and there are also two main exhibition rooms.

The permanent exhibition in Sala Villarroel is entitled “Barcelona 1700, from its stones to its people.” It displays 1,500 of the 3,500 items which were recovered during the excavation. These illustrate daily life in the 17th and 18th century, with a special focus on what life was like before the Siege of 1714. The first temporary exhibition to be inaugurated in the Sala Casanova tells of life in Barcelona during the 11 months of the Siege and recreates the events of the 11th September of that year.

2014 marks the Tricentenary of this historic date, and Barcelona City Council is preparing a special cultural program throughout the year. It is especially timely, as the push towards re-establishing Catalan independence continues to gather momentum and it seems inevitable that vital decisions for Catalunya will be take in the near future. The Born Cultural Centre will provide a new point of reference for reflecting on the past, present and future of the country. Its founders consider this to be “an entirely appropriate and necessary thought process at this crucial point in Catalan history.” A spokesperson comments that “by knowing where we come from and who we are we will have a much better awareness of where the road ahead should be taking us as a people.” 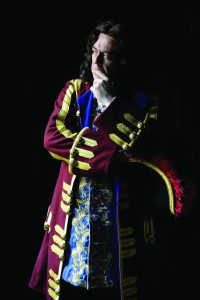 Arts and cultural events are held with this goal in mind, with everything from language and literature, to film, dance and performance. Guest speakers will present lectures and conferences, giving local residents and interested visitors alike the opportunity to learn and being inspired by new ideas and insights.

The Born area around the cultural centre is also undergoing some new developments that will redefine the public space. These include restricting the circulation of most traffic in nearby streets such as Calle Comerç and creating new pedestrian areas. Direct access to the Ciutadella Park will be made possible by crossing through the Cultural centre, and will be open to anyone. Some of the recovered ruins are also visible from this route making it an interesting new feature for residents and visitors in this district.