Barcelona is a city rich in culture, where you can visit some of the most interesting periods in time: the prehistoric era, the ancient past, the mediaeval years, etc… There is so much to see and discover you will need more than a week just to see even half of the places! Although all the bygone eras are important in their own special way, there is no doubt that Roman Barcelona was one of the most incredible eras here in the Catalan Capital.

The city of Barcelona was founded more than 2000 years ago by the Emperor Augustus around the year 10 A.C under the name “Iulia Augusta Faventia Paterna Barcino” colony, or “Barcino,” for short. The Romans favoured the area’s natural protection from outside attacks provided by the surrounding Litoral mountain range. Within this space, Barcino was created, and at the small Mons Taber hill which faces the sea, the Roman Forum was built. Although there are not many visible remains of Roman Barcelona left today, you can still visit and explore many of the important areas of the Roman city: easy to find, if you know where to look…

We’ve created a short tour of some of the most important sites in Roman Barcelona, those that you simply don’t want to miss: 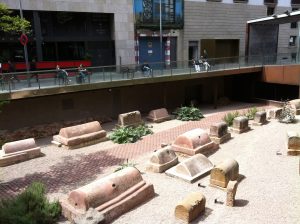 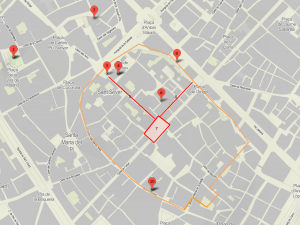 If you still want to discover even more of Roman Barcelona, don’t forget to visit the Museum of Barcelona History. You can find the museum in Plaza del Rey and inside there are many Roman remains, including the archaeological site of Barcino itself.

Are you ready to travel back in time to Barcelona 2000 years ago? Start the adventure now!