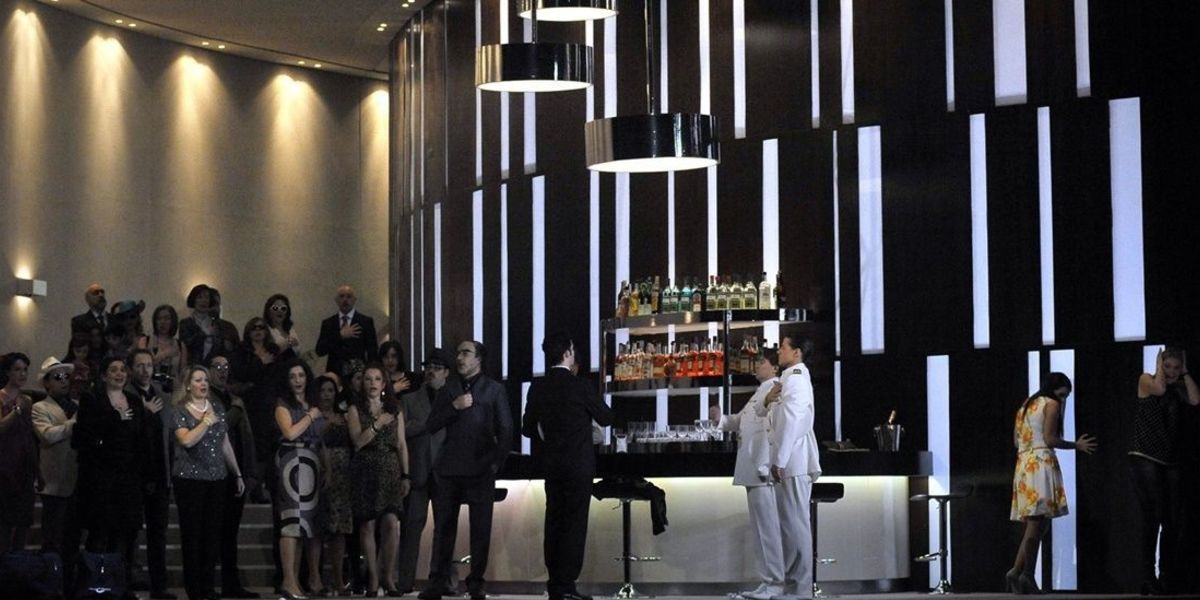 Così Fan Tutte is one of the most highly regarded operas of all time. Its musical score was composed by Wolfgang Amadeus Mozart, with text inspired by literary greats Bocaccio, Shakespeare and Cervantes. Despite cutbacks made by its sponsors at the Viennese court, the masterpiece was premièred in January 1790 at the Burgtheater in Vienna.

Its central theme has stirred up distaste and controversy from the start; the title, which translates as “this is how they all are”, refers to women’s infidelity, a disparaging claim that all women are alike and unfaithful. This modern interpretation of the classic story of temptation and betrayal is set in a swanky hotel. Two couples are expecting a romantic weekend, but when the cynical landlord challenges their partners’ fidelity things start to go very wrong indeed.  Social satire at its finest.