Trending
javhide.comhttps://javplays.com
You are at:Home»Things to do»Outside Barcelona»Barcelona to La Rioja, weekend getaway to the winelands
By Barcelona Connect on 10 September, 2015 Outside Barcelona

Are you staying in Barcelona but want to discover a more traditional Spanish experience? Enjoy a weekend getaway from Barcelona in La Rioja! Taste some of the excellent wines that are exported and enjoyed all over the world, or visit the capital Logroño, or one of the many Medieval villages in the countryside.

The region of La Rioja is best known for its excellent wines which are exported and enjoyed throughout the world. This month, why not experience a glass of La Rioja’s finest tipple in its capital Logroño, or in one of its many Medieval villages in the countryside. 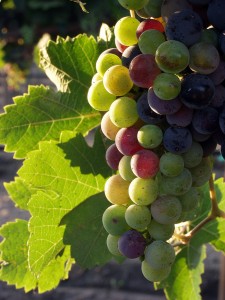 Let’s start with the wines, this is La Rioja after all! Its main grape varieties include tempranillo, garnacha, mazuelo and graciano for red wines and viura, malvasia de rioja and garnacha blanca for whites.

Wine categories include “young” (1-2 years old); crianza (at least 3 years old), reserva (those selected from the best vintages and at least 3 years old), and gran reserva wines (at least five years old and from exceptional vintages). Rioja wines were officially given the “designation of origin” status in 1926, and were the first to receive this recognition in Spain.

There are various wine routes that one can follow that allow the wine enthusiast to crisscross the terrain and sample the different varieties of wine that have made La Rioja famous worldwide. 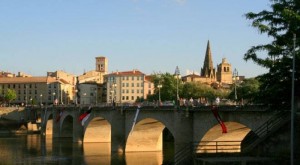 Cyclists and pilgrims on the road

The region’s roads wind through the vineyards for miles and are perfect for cyclists and those who like to drive at a leisurely pace. In fact, in one part of La Rioja, one can see cyclists who are “pilgrims” on the Camino de Santiago, the Way of St. James.

These cyclists and walkers pass through the territory of this region as part of the “French route” that pilgrims have travelled for a thousand years. The Camino through La Rioja crosses Logroño, the capital of the region, and also goes through Laguardia, a small Medieval town which has cellars that are over 300 years old. This picturesque town has hardly changed since the 13th century.   It is perched high above the vineyards and you can see spectacular sunsets over the Sierra Cantabria mountains.

Giant footsteps at the Dinosaur Park

also visit a dinosaur park in Enciso, 72 km from Logroño, with well-preserved fossil footprints of dinosaurs. It is a treat for those with (and without) children to wander through this area and learn which types of dinosaurs the footprints belonged to, and see life-size replicas of the different dinosaurs that lived in the region.

The cuisine of the region has been influenced by neighbouring parts of Spain, as the area has been a crossroads for hundreds of years. White asparagus, spicy chorizo, lechal, or suckling baby lamb (think: lamb chops), and piquillo peppers (red peppers) are popular favourites