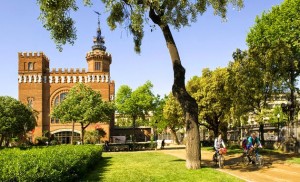 There are many reasons to make a visit to the Ciutadella Park, Barcelona´s central park and former fortress of Philip V. of Spain. The historic park is usually filled with tourist and locals visiting one of the many attractions the park has to offer.

The Ciutadella Park´s history is closely connected to Barcelona with it being the location of the city´s surrender to Philip V in the Spanish War of Succession in 1714. On the same grounds he built a military citadel considered one of the largest of its time and it is where he would control the city from. In need of more space to build, part of the district of La Ribera (now known as Barceloneta) was demolished, making the citadel an unpopular symbol for Catalonians.

Following the renunciation of the throne by Maria Cristina, the fortress lost its use and was destroyed. It was in 1869 that the land was put in the hands of the city for the use of it as a public park by General Prim. A statue to commemorate the general and his part in the demolishment of the citadel is one of several in the park. 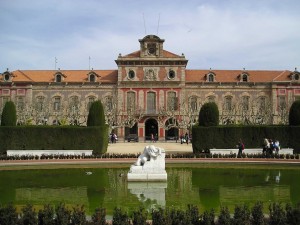 Military Engineer Prospero de Verboom is the architect behind the building which still has many of the features from when it was built. Today the parliament has a single chamber that houses 135 members elected democratically every 4 years. Surrounding the building are the city´s botanical gardens and fountains giving you a scenic view that make for a great picture opportunity. 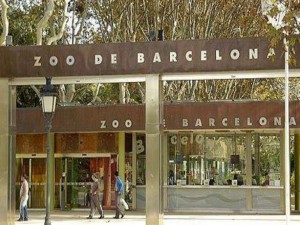 The park zoo has history dating back to the 1890s and today the zoo is home to over 2,000 animals from over 300 species. One of the more famous animals that called this zoo home was the famous albino gorilla named Snow Flake. The zoo is a perfect place for a family to visit where you can learn about wild life and find fun filled entertainment such as looking at tropical birds, a petting zoo, dolphin show and more.

More than 1 million people visit the park each year and entrances to the park are around 19€ for adults and 11€ for children. The zoo hours vary and can be found on the zoo website or below. 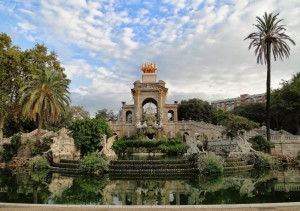 You should definitely take the time to admire the beautiful Cascada fountain located in the park where you can take a picture with the fountain and beautiful Barcelona skies as the background.

The Cascada was built for the 1888 Universal Exhibition by Josep Fontsere with the help of none other than Antoni Gaudi, who was his assistant at the time. Rome´s Trevi Fountain served as an inspiration for the fountain which consists of a triumphal arch, fountain and waterfall. Be sure to walk up the stairs to the top of the fountain to get a good view of the park.

Parc Ciutadella also has a lake where you can rent a rowing boat and take ride to experience the park in another exciting way.