Trending
javhide.comhttps://javplays.com
You are at:Home»Things to do»Sports»Running in Barcelona 2020, The Best Races
By Iris Teruel Ferrer on 9 March, 2020 Sports, Things to do

Barcelona is a very cosmopolitan city, which has always had a very special and close relationship with sport. This is due to the very mild climate in winter, as it is usually not too cold, and it rarely rains in Spain. Another reason why so many people practice running in Barcelona is that we are lucky to have wonderful landcapes, such as beaches and mountains in equal measure. Therefore, you can choose a completely different route each day to practice some sport! All these qualities together, added with the new year resolutions to look after ourselves and stay fit, this city is the perfect place to get running. 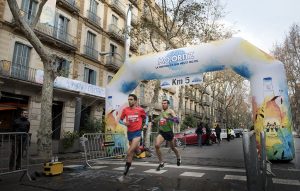 The first large race of the year is organised by the most typical beer brand in the city, Moritz. Each year it is celebrated around the 19th January, this popular race forms part of the celebrations of the Sant Antoni neighbourhood festival. The route is some 10KM and goes around the whole neighbourhood. This year, they celebrated the 42nd edition, where 4,000 runners have been able to participate. 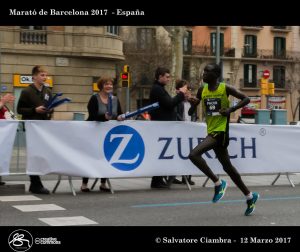 Without any doubt, the most important sporting event in the city is the Barcelona Marathon, which is organised by Zurich insurance. This race is not only important for the city, but since 1978 it has been treated as a reference to International Athletics, today it is the fourth most relevant and popular marathon in the whole of Europe. This race is completed each year at the midway point of March (this year on the 15th) and has a complete route of 42km. If you practice running in Barcelona, you cannot miss out on this event. 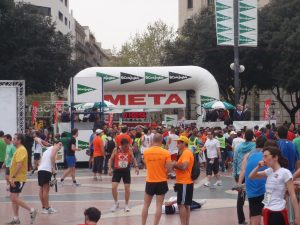 This race, celebrated since 1986, is one of the races made 100% for sports fans. The route is 10KM, which begins and finishes at Plaza Catalunya and passes by very important points in the city, like the Montjuïc mountain or calle Aragón. Each year it is completed at the start of April and more than 70,000 runners participate. 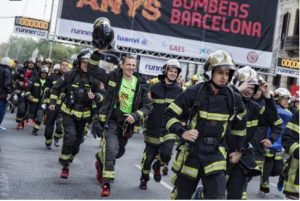 If you want to partake in an “easy” run, where the course is quite flat and passes by many well-known parts of the city, all of this is next to one of the most adored forces in Barcelona, the firefighters, this is your race. Each year at the end of April, on the 26th to be exact, this popular run celebrates 20 years where around 16,000 runners partake, some are citizens and others are firefighters. This starts at 9am from the Parc de la Ciutadella and is 10KM in total. 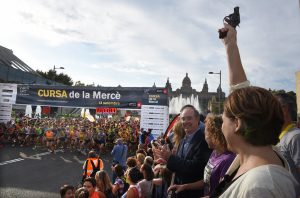 With the aim of celebrating the largest festivals in Barcelona, at the end of September, this popular 10KM takes place and anyone who wishes to partake can. Furthermore, this course is adapted so that disabled people or with reduced mobility can complete a 2KM. 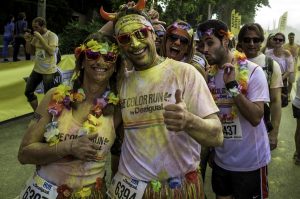 At the start of October, one of the most popular runs in the world comes to town! The Barcelona Colour Run is a popular run that is only 5KM and has more than 15,000 participants among family, friends, kids… anyone who wants to! With the registration to the race you get unique gifts, such as the coloured powder, so don´t forget to wear white. 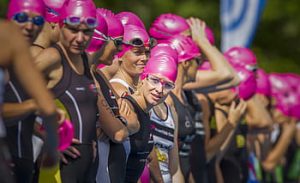 The next 4th October is the key date for the most sporty people in the city that see themselves able to complete the three main courses of the race: swimming at Nova Marbella beach, cycling from el Fórum and, the last stage, running along the maritime path. In total this race spans over 20KM. 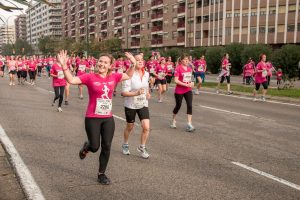 ar on the 08/11/2020, the most important female sporting event in Spain and the on that brings more women from Europe together. This run is very important as only women can participate, who all wear red tops and with the number to report domestic violence (016). This run is organised with the motive of: Supporting female sport, defending the rights of women and acting against domestic violence. Last year more than 36,000 women ran this 7.5KM.

If you want to participate in the craziest and enjoyable run in the city, this is 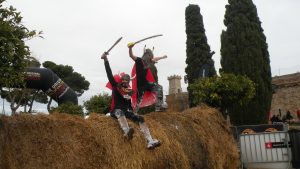 your spot. This run with an obstacle course takes place midway through December where the most important rule is to come dressed up. Here they don´t award speed, instead the originality of the costumes and the uniqueness, at the end of the run they hand out awards to: The largest group, best dressed group, best dressed individual, best attitude and best choreography. This run of has an 8KM course with music and DJs. 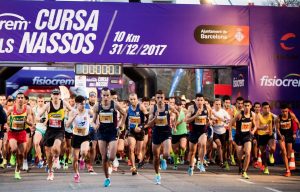 The last day of the year sees the traditional Cursa dels Nassos in relation to the legend of the noses man. Tradition says that there is a man with as many noses as days of the year, so that this person can only go out on the street on the last day of the year as he will only have one. If you want to end the year with a great 10KM run then this is perfect to start the new year on the right foot!

If you are passionate about running and all of these popular races aren´t enough, don´t worry. As virtually every month there is a run on in Barcelona! You have many interesting options such as the Sitges half marathon in January, another half marathon in Barcelona during February or even the Ironman Triathlon in May… it is impossible to stop!

So now that you know, get your sports clothes on and start warming up because you don´t have a date with running in Barcelona 2020.