Trending
javhide.comhttps://javplays.com
You are at:Home»Restaurants & Nightlife»Entertainment»New Catalan Rock: The Saurs
By Barcelona Connect on 26 March, 2015 Entertainment

Get Ready for the Summer of The Saurs!

This talented up-and-coming local Catalan band were among the first to be announced on the Vida Festival 2015 line-up, from the 2nd-5th July at Vilanova de Geltrú. Barcelona Connect’s Jamie Stephens catches up with The Saurs. 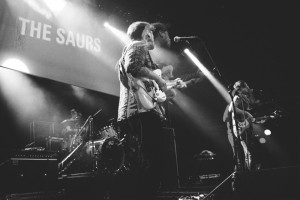 How would you describe your music to someone who hasn’t heard you play?

We’re always described as ‘garage rock’ but I don’t know, for us it’s more than that… it’s energetic rock with attitude.

Who are your main influences?

We’ve got so many. We love Deep Purple, The Stooges, The Vines, we also like Supergrass a lot. The three of us came from metal, so before the band we were metal-heads. But we think that the bands who have influenced our sound the most are Black Sabbath and the Beatles. 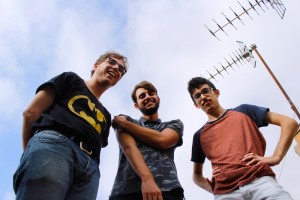 It’s been an exciting year for you guys, with winning the ‘battle of the bands’ at Sala Apolo last year which got you a gig at Primavera Sound. What have been your highlights?

It all started with the ‘battle of the bands’, at Sala Apolo, a very important Barcelona venue. We won the opportunity to record, and now we’re going to do what we’re supposed to do! We went on tour – to Cadiz, Bilbao, Valencia, Madrid, and it was great because before that we had only played in Barcelona. It’s been a pretty amazing year for us.

How was playing at Primavera Sound?

It was nice, the people treated us very well and this was a great experience. They treat the bands really well which is is something we were grateful for. It’s a place where more people can see you play and you can discover many new bands. We saw a great band, The War on Drugs, and fell in love with their music. 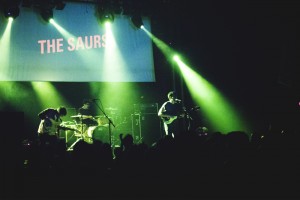 The War on Drugs are headlining the Vida festival. Are you excited to be playing there too?

Of course. We’re on at a different time and smaller stage, that’s what we like. We’re playing on the Cavana stage, which will be showcasing underground bands. You have to work your way up and we work really hard.

How long have you known each other?

We’ve been playing together for three or four years, but we’ve been friends for six or seven. 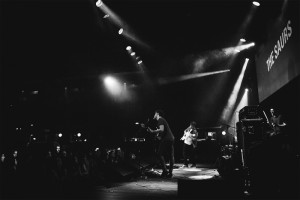 How did the band first meet?

We met on MySpace. Head-bangers looking for other head-bangers! At that time we had just started playing instruments. It was a nice idea to start a band, and after all, it just happened, it just worked.

You’ve previously released two EPs, is the new album going to include these songs or will they all be new?

It’s mainly new songs, eight of them, and three from the EPs. We’re always changing direction. We’ve found new ways to play our instruments and we think that this will be reflected on the new album, as each song is different.

What can we expect to see from The Saurs over the next year?

Well, we’re gearing up towards our new album which we’re currently recording. Once the album’s out we want to do a proper tour, three or four weeks on the road.

Get the latest low-down on Vida Festival 2015