As well as beautiful landscapes; sun, sand and sea, Barcelona is a city well known for its cultural and creative heritage. Upon visiting the city tourists are spoilt for choice with the wide array and diversity of Barcelona’s museums, arts, exhibitions and architecture. However, paying entrance fees can become very costly and expensive. Below is a brief description of just a selection of the amazing attractions available and when they are open to the public for free. Allowing everyone to have the opportunity to enjoy the large cultural variety, whatever the budget. 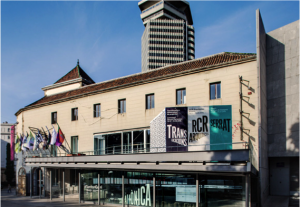 Santa Monica
Located near Drassanes metro at the bottom of La Rambla, Centre d’Art Santa Mònica, is one of Barcelona´s most unique art and culture centres in the city. The Santa Monica Centre facilitates contemporary, Catalan art reaching a wider audience. Committed to promoting new and upcoming artists and research, the museum also provides a platform for local work and regional artists.
Address: La Rambla, 7
Metro: Drassanes
Opening times: Tuesday to Saturday: 11am to 9pm. Sundays: 11am to 5pm. Mondays: Closed.
http://artssantamonica.gencat.cat 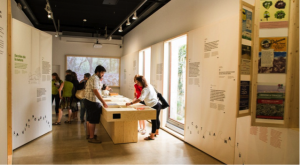 buildings surrounding a beautiful green garden. One building exhibits information on Catalan history, while the other hosts functions and events of social and cultural interest. This is a government-run museum, like many other free exhibitions, and can be found on Passeig de Gràcia, near Casa Batllò.

Address: Pg.de Gracia, 107
Metro: Diagonal
Opening times: Monday to Saturday: 10am to 8pm.  Sunday and Holidays: 10am to 2.30pm
http://palaurobert.gencat.cat

Born Culture Centre
The Born Culture Centre combines multiple time periods beautifully. The exterior was created in the late 19th Century, while much of the floor is medieval ruins found after a more recent archaeologi 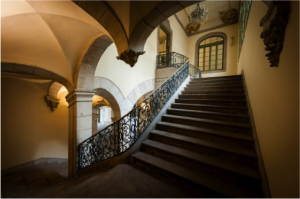 The Palau de la Virreina was built in the late 18th Century and is a prime example of baroque civil architecture. Originally used as private property, the building was purchased by the Government in the 1940s and has since hosted many collections of public interest. However, it was not until 2007 that the building was transformed into “La Virreina Centre de la Imatge”, allowing visitors to explore the universe whilst promoting new cultural experiences and excellent art exhibitions.
Address: Virreina Palace, La Rambla, 99
Metro: Liceu
Opening times: Tuesday to Sunday, and holidays: 12pm to 8pm. Mondays: Closed.
http://ajuntament.barcelona.cat/lavirreina/ca/

Free every Sunday
CCCB: Centre Cultural Contemporani de Barcelona
The Centre Cultural Contemporani de Barcelona emphasises the importance of creative research and strives for new knowledge in the 21st century. The Centre integrates digital works in its galleries, exhibitions and Archive. This is in stark contrast to the site’s historical background, which can be traced back hundreds of years, where monasteries then military barracks once were, and for decades an Almshouse. More recently the CCCB has helped in the regeneration of El Raval. 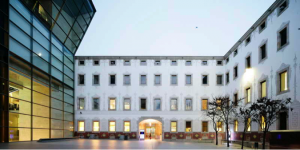 Picasso Museum
The Picasso museum is one of the most popular museums in the city and has a vast collection of Picasso’s formative artwork, which he created whilst living in the Catalan capital. Picasso’s deep love of Barcelona can be noted throughout the 4,251 permanent pieces of works within the medieval walls of the museum, located in El Born. 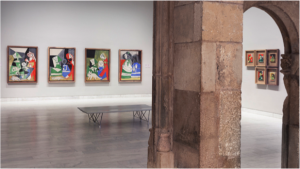 Address: Carrer Montcada, 15-23, 08003 Barcelona
Metro: Jaume I
Free Entry: Every Sunday from 3pm and the first Sunday of every month
Opening Times: Tuesday to Sundays: 9am to 7pm (including holidays); Thursdays: 9AM to 9.30pm (Every Thursday from 7pm until 9.30pm the admission is reduced rate). Mondays: Closed (inc Monday holidays)
www.museupicasso.bcn.cat 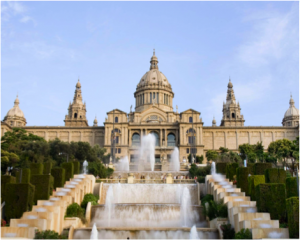 Museum of World Cultures
The Museum of World Cultures allows the public to explore and discover global diversity through the wide range of pieces exhibited from Africa, Asia, America and Oceania. Visitors can begin to understand how other heritages have developed alternative traditions and lifestyles in this new museum (opened 2015). Located in El Born opposite the Picasso museum it is the perfect contrast to the famous artist’s work. 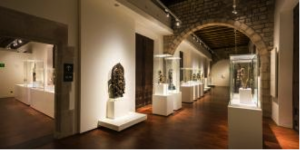 Address: Carrer de Montcada, 12-14
Metro: Jaume I
Free Entry: every Sunday from 3pm and the first Sunday of every month
Opening Times: Tuesday to Saturday: 10am to 7pm. Sundays: 10am to 8pm. Mondays: Closed.
museuculturesmon.bcn.cat

Free first Sunday of the month
Museu d’Història de Catalunya
The Museu d’Historia de Catalunya (MHC) provides both tourists and locals with a greater understanding of the Catalan regional history. Exhibitions date back hundreds of thousands of years, giving an insight into the regional progression of this iconic and unique region. The MHC also educates visitors on a wider evolution in Western European anthropology, whilst on the forth floor visitors can enjoy the beautiful views of today’s Catalan capital by looking over Port Vell from the museum’s well-situated terrace. 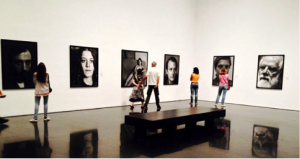 Museu d’Art Contemporani de Barcelona has a constantly changing array of exhibitions and contemporary artwork. Typically exhibitions last 2 to 3 months so visitors are welcomed to turn up numerous times a year to a surprise! Alternatively, the current collections are also online to preview before a visit. The MACBA is located near the CCCB and other modern, cultural and artistic facilities in the revitalised Raval area.
Address: Plaça dels Àngels 1
Metro: Catalunya
Free Entry: first Sunday of the month
Opening times: Monday, Wednesday, Thursday and Friday: 11 am to 7.30 pm
Tuesdays: Closed (except public holidays). Saturdays: 10 am to 9 pm. Sundays and public holidays: 10 am to 3 pm.
http://www.macba.cat/

CosmoCaixa Museo de la Ciencia
The CosmoCaixa science museum is ideal for all ages as it brings our surrounding, natural world and science to life through multiple interactive and stimulated environments. The building is home to a wide variety of different scientific spectacles, which are all delivered easily and accessibly. The museum now spans over 50,000 square meters, four times the area of the original Museum of Science, making it a great choice due its educational diversity. 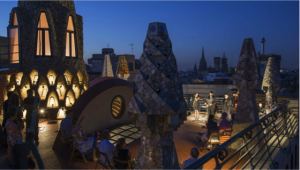 The Palau Güell, initially built for Eusebi Güell (who would later fund Park Güell) is another example of Gaudí’s on-going influence and prominence in Barcelona’s cultural and modernist architecture. Located just off La Rambla and on the outskirts of El Raval, the Palau Güell today is home to a collection of art as well as hosting a range of concerts and activities for a wide audience. Combining arts and music whilst letting the public marvel at Gaudí’s creative, architectural flair once more. The building was given UNESCO status in 1984.
Address: Carrer Nou de la Rambla, 3-5
Metro: Liceu
Free Entry: first Sunday of the month
Opening Times: Tuesday to Sunday: 10 am to 8pm (Summer: 1st April-31st October) and 10am to 5:30pm (Winter: 1st November-31st March). Mondays: Closed.
palauguell.cat