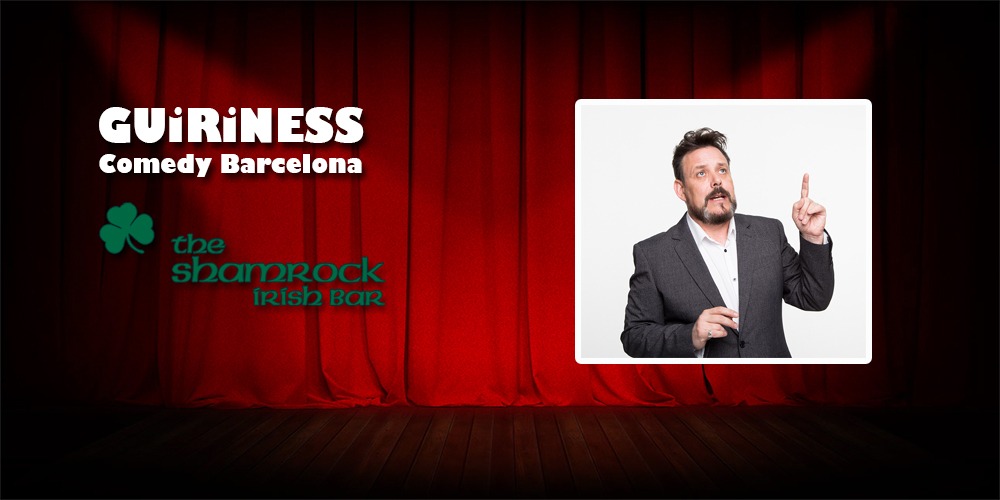 Brexit deadline day will provide no shortage of material for razor-sharp Scottish comedian John Scott at the next Guiriness Comedy shows in Barcelona and Sitges. Armed to the teeth with searing wit and killer punchlines, John’s anarchic, no- bullshit pursuit of the truth through comedy is the perfect tonic for modern times.

Catch the Friday 29th March show at Shamrock Barcelona or head down to Wylie Brewery Sitges for Saturday 30th March. On both nights, doors @ 20.30h and showtime @ 21.30h. Get your earlybird discount tickets while you can!

Guiriness Comedy is proud to offer expats, travellers and international locals the best imported comedians, from the UK, Ireland and further afield! This is always an hour show by a professional comedian, there are no warm-up acts.