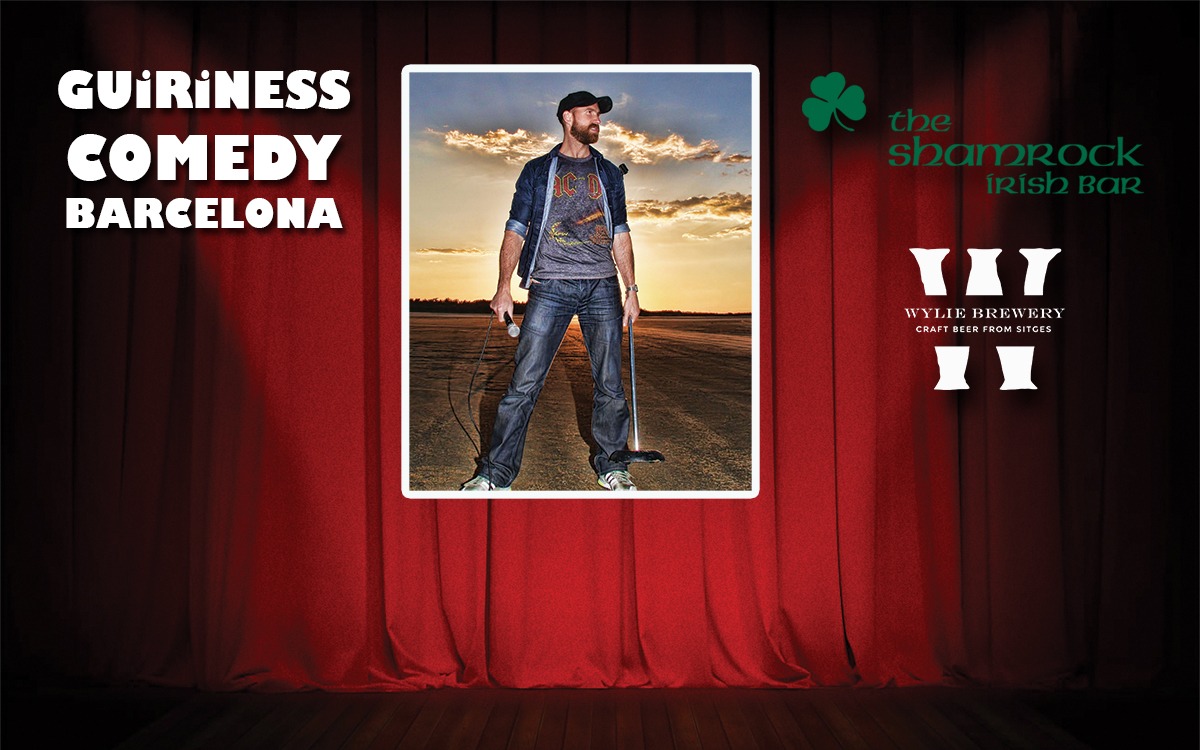 The Aussie hurricane returns to Barcelona! Damian Clark has become one of the hottest tickets in comedy clubs and festivals through Europe & the UK. You can see him at Shamrock Bar in central Barcelona on Friday 10th January. Follow Guiriness Comedy on Facebook for a chance to win tickets!

Doors 20.30h. Show 21.30h. Please come early on the night for seats. Late-comers may be standing room only.

Can’t make it to Friday’s Show? Then come down to the Saturday 11th Jan show at Wylie Brewery Sitges. If you’re coming in from Barcelona, there’s a Monbus back from Sitges at 23.52h.