Trending
javhide.comhttps://javplays.com
You are at:Home»Things to do»Discover Montjuïc Castle
By Barcelona Connect on 3 March, 2015 Things to do, Top Attractions 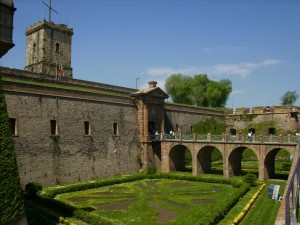 Montjuïc Past and Present

Montjuïc castle, one of the city´s various landmarks, will leave visitors amazed with the incredible scenery due to its location at the very top of the Montjuïc mountain. Offering one of the most stunning views of Barcelona and the sea, the castle gives you a different perspective from which  view the beautiful city.

Formerly a military base and prison, the castle is rich in history that dates back into the 1640s. The now tourist attraction served as a strategic  military post overlooking the city and more importantly the sea which allowed enemy troops headed for the city to be spotted from afar. At first it was built as a fortress out of stone and mud, and was for the most part occupied by Spain´s Felipe IV, although that changed during the wars. 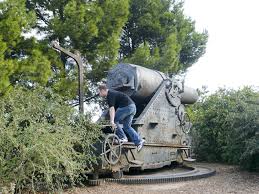 During the mid 1750s the fortress was demolished and rebuilt after it was surrendered to the Bourbons. Military engineer Juan Martin Cermeno was given the task to build the new castle and some additions were made to the castle include artillery, cannons. Its size was increased e to accommodate its growing population. These features are still present in the castle today along with historic items put in exhibitions to be viewed by the public.

Although a beautiful landmark today, the castle has a dark past. It was used as a prison where dissenters were tortured and executed during the late 1800s and early 1900s. Many of those who were imprisoned were workers on strike, anarchists and detainees of the Tragic Week of 1909. There were believed to be over 100 executions, including  Lluis Companys, the President of the Generalitat of Catalonia and founder of the Escuela Moderna Francesc Ferrer I Guardia. 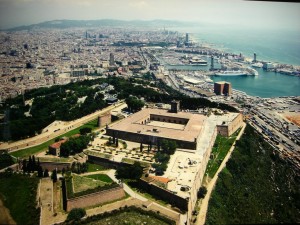 A New Chapter for Montjuïc Castle

On June 15 2008, thousands of people showed up to celebrate the new chapter of the castle,  which would now be used for exhibitions, workshops, festivals and other public events. A concert was also held in celebration and honour of Luis Companys and Ferrer I Guardia.

In 2009, more renovations began to take place at the castle, to make it even more attractive to visitors. Gardens, learning areas and exhibitions that will allow guests to discover its history and other interesting facts about the castle and the Montjuïc Mountain are part of the developments.

The castle can be reached by foot,  or you can take the Montjuïc cable car that will give you a birds-eye perspective of Barcelona and the sea. Tickets to the castle along with a tour can be purchased on their main website at 10€ for an adult and children under 16 are 5€.