Trending
javhide.comhttps://javplays.com
You are at:Home»Barcelona neighbourhoods»Eixample»Focus on Casa Batlló
By Barcelona Connect on 4 November, 2014 Eixample, Museums & Art, Sightseeing, Things to do, Top Attractions

There’s no doubt about it, everyone loves Antoni Gaudí. Visitors and locals alike are in awe of his amazing architecture. Casa Batlló is one of his most famous works, located on the opulent Passeig de Gràcia. It is the perfect place to discover in the  Modernist chapter of Barcelona’s history. 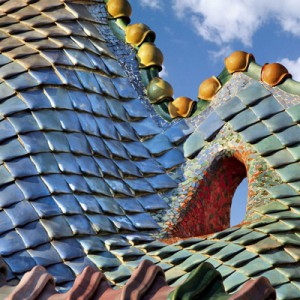 Casa Batlló is full of colour and life. Its unique design is complemented by intriguing materials and bright colours in every corner. Gaudí was deeply inspired by nature, and this can be seen throughout his work. Known to locals as the Casa dels Ossos, or “house of bones,” the outside façade of the structure appears to be made of bones, while the scaly roof is thought to represent the legendary dragon slain by Sant Jordi.

Casa Batlló was not always as it appears today. It was originally a very simple building constructed in 1877. The  building was bought in 1900 by Josep Batlló who commissioned Gaudí to completely redesign the house, inside and out. The Batlló family lived there until the mid 1950’s, and in 1962 the building was named a Cultural Asset of Catalonia and then a Cultural Asset of Spain in 1969.

Although it has existed in its current form since 1906, the amazing structure has only been open to the public since 2002. It was originally opened as part of the International Year of Gaudí, and visitors were only allowed to explore the Noble Floor. It was unexpectedly successful, and since then nearly the whole house has been opened for visitors. 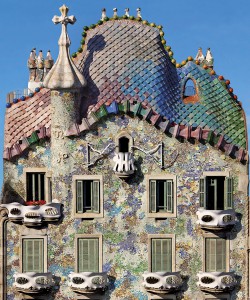 Casa Batlló recently launched a video guide with augmented reality and 3D images that present Antoni Gaudí’s original plans for the house. This new technology takes visitors on a trip back in time to visualize how things looked when the Batlló family lived there. You can get a fascinating insight into the furniture on the Noble Floor, and watch the organic and natural animations that reveal the beauty and functionality of this home.

Another new treat for visitors is a recreation of the award winning “Awakening at Casa Batlló”. This ground breaking audio-visual mapping of Casa Batlló was created in 2012 to celebrate the 10th anniversary of the house opening to the public. A miniature model, just over 2 metres tall, of the award winning project can be viewed with projections that transform the house into a multitude of stories and ideas that are thought to have inspired the architect, such as the legend of Sant Jordi. It invites you to step into into the world of Antoni Gaudí and helps you to understand the secrets of his entire work. 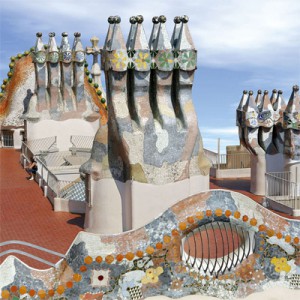 You can find an interactive visual tour on the new Casa Batlló website. The 360º tour allows users anywhere in the world to enter the house and choose their path of discovery, pick an appealing staircase, hallway or door and travel to their next destination within the masterpiece. The new website offers detailed information about renting space in the house for special events, information for groups looking to visit the attraction, and extensive details about the history of the house and its famous architect.