Barcelona wasn’t always to thriving and bustling city and tourism centre it is today.  In fact, in the past it wasn’t really on the map in terms of places to go at all. However, one major event changed that and impacted Barcelona’s future: the 1992 Olympic Games.  Due to the celebration of the Olympics, Barcelona was provided billions of dollars to make whatever preparations were necessary before the games began.  Unlike several other countries, who solely spent the money on the games themselves, Barcelona used a large portion of it on advancements in infrastructure, improvement of quality life, and attractiveness to tourism.  Barcelona went from being largely ignored to one of the most visited cities in Europe. 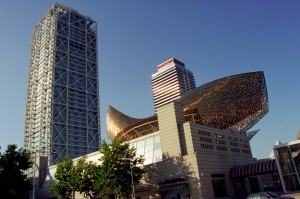 One of the major projects that was constructed during this time of vast improvement was La Vila Olímpica del Poblenou, or the Olympic Village of Barcelona. Set in the Sant Martí district, and bordering the Eixample and Poblenou districts, this beautiful area is set right next to the ocean.  In addition to the around 2,000 new apartments created for residents, the Village holds several larger buildings as well, including the Hotel Arts and Torre Mapfre high rises.  In addition to this, there is an iconic large metal sculpture in the shape of a fish designed by Frank Gehry on top of a local casino.  Overall, the new Olympic Village is a gorgeous area for tourists and residents alike, with close access to both the inner city and the beaches of Barcelona. 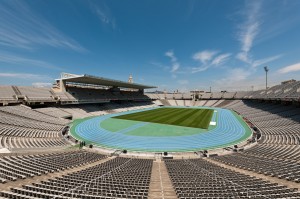 Of course, the stadium itself for the Olympic Games was something that the city of Barcelona put time and money into.  Originally known as Estadio de Montjuïc, the stadium was built in 1927 for the 1929 International Exposition.  Since then, it had been disused and deteriorating to the point where in 1975 the F1 race was nearly boycotted by drivers due to safety concerns.  In preparation for the 1992 Summer Olympics, Italian architect Vittorio Gregotti renovated the stadium by gutting the insides, while preserving only the original façades, and a new grandstand was built.  In 1989 the stadium was re-inaugurated for use in the World Cup of Athletics, and 3 years later hosted the opening and closing ceremonies as well as athletic competitions of the 25th Olympic Games.  Since then, it has been kept in excellent shape and is used for a large variety of sporting events.

Other changes in the city 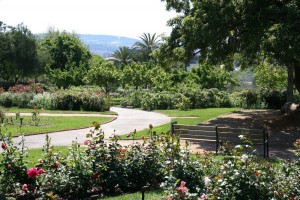 What a lot of tourists don’t understand is that pre-1992, Barcelona was incredibly different from what we see today.  For instance, Barcelona didn’t have a beach; the city created 2 miles of beachfront and marina by demolishing industrial buildings on the waterfront.  The money that the Olympic Games awarded Barcelona was certainly put to good use, as the city used a total of 11.4 billion US dollars (in 2009 dollars).  This money significantly improved the city as a whole, as new roads increased by 15%, new sewage systems 17%, and green areas and beaches by a whopping 78%, plus many more developments.  While all of this came at a huge cost, it has benefited the city in more ways than one: unemployment dropped dramatically, increased the rate of tourism, and even improved the popularity of the local sports teams.  Overall, the 1992 Olympic Games in Barcelona was one of the best things to happen to this city in the recent past, and everyone who lives or visits the city is sure to appreciate the changes that have occurred.